Speak Like A Pro: Five Tips For Overcoming Stage Fright 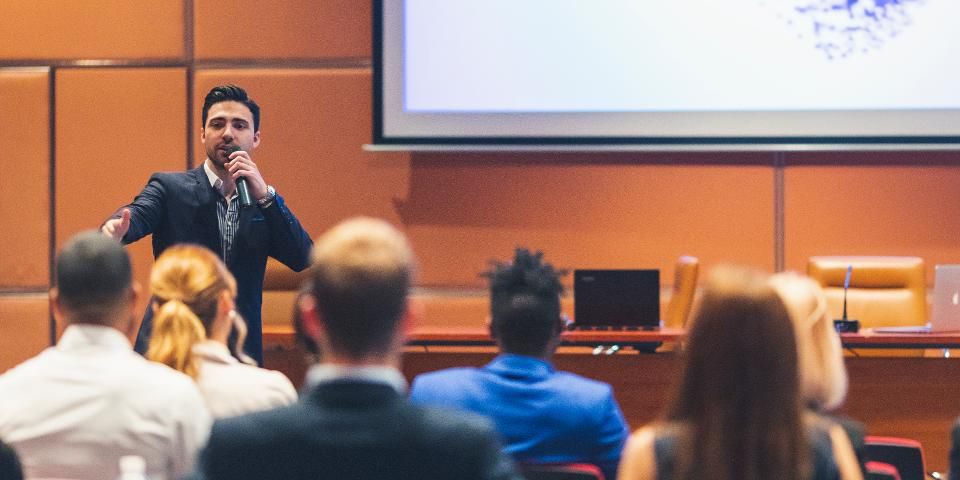 When you hear the phrase “public speaking,” you might envision the act of standing in front of a group and giving a speech. It may even give you instant anxiety. But when you take the” public” out of public speaking, your stage fright might dissipate.

Here is an example: I recently walked into a retail store in Hagerstown, Maryland, where two employees were talking aloud. I couldn’t help but hear what they were discussing, and I wasn’t alone. I saw people directing their eyes and ears towards their direction. Their faces expressed disbelief about their topic of conversation.

I couldn’t help but notice that the fear of public speaking is often masked when the individual lacks the awareness that the content of their speech is being publicly heard and delivered, even if unintentionally.

The Psychology Of Stage Fright

Research by Charles Lomas in The Quarterly Journal of Speech (purchase required) contends that the emotion people experience when speaking in public is no different from any other normally fearful activity. He explains how adrenaline can take over in a person and become the key reactionary factor, hence helping in removing the emotion of fear even if only momentarily.

Think of it as being afraid of getting into the deep end of a pool, and your poor swimming ability makes you feel anxious. Once in the deep end, even if involuntarily, focusing on survival by the act of swimming becomes the focus. This activity is fueled by the infusion of adrenaline into the body until the moment you go from the deep end to a safer depth, hence conquering your fear.

The inference is that that stage fright can be overcome by the mere act of public speaking. Fear is absent when the individual is not aware that he or she is being overheard publicly, as described in the above example.

Fear can be paralyzing, and it can be triggered when we’re faced with the challenge of speaking in public. A survey by Chapman University found that more than a quarter of Americans are afraid to speak in public. But having the awareness of this fear can be the catalyst to conquering it.

Here are some different things to do to prepare for public speaking activities:

1. Know your audience. I was recently invited to speak in a city nearby. I knew the audience was instrumental if not crucial for my preparation since I was to address an audience interested in helping children with cancer, and I, myself, am a cancer survivor. When you know the journey of your audience, you can connect emotionally and share experiences that will undoubtedly add value to their lives. In my case, this experience was defeating cancer and regaining control of a promising future. Focusing on the audience was essential for a successful presentation. It demonstrated that although a cancer diagnosis is scary, seeing someone speak about it who succeeded in defeating it would offer the hope many in the listening audience needed in their struggle.

2. Learn from others. Observing others is a great source of immediate knowledge — not only watching what and how they speak but, more importantly, seeing the reactions of their audience. Observing an audience’s nonverbal queues can serve to affirm if the intended message is being communicated effectively.

3. Rehearse. Conduct a full rehearsal in the place where the event will take place. In instances when this isn’t possible, conduct a dress rehearsal at a minimum to work through problems that will inevitably emerge, such as losing internet access or arriving late because of traffic. A well-rehearsed presentation will allow you to adapt to any change in conditions out of your control. I find it true that when I know the subject and rehearse it, it comes across as authentic and heartfelt as opposed to a robotic, memorized speech.

4. Start with a story. People in the audience already know your name. Rather than introducing yourself, keep their undivided attention by starting out with a powerful story. It will pique their curiosity, and they’ll be eager to hear more about your topic in anticipation of applicable lessons. I have learned that unless this is done within the first few seconds, the audience will most likely turn their attention towards something shinier than you.

5. Involve your audience. An important decision to make is how one chooses to involve the audience and avoid getting into confrontations that will derail their message. Using overhead questions, direct questions and props are common choices. The goal should be to deliver a presentation that has a lasting, positive impression in the minds and hearts of the people who invest their time in listening to you.

Fear can be paralyzing, and at one time or another, we will all experience stage fright. But the mere act of public speaking using the five techniques above will undoubtedly help you overcome stage fright and communicate your intended message.