Thoughts from a Command Sergeant Major 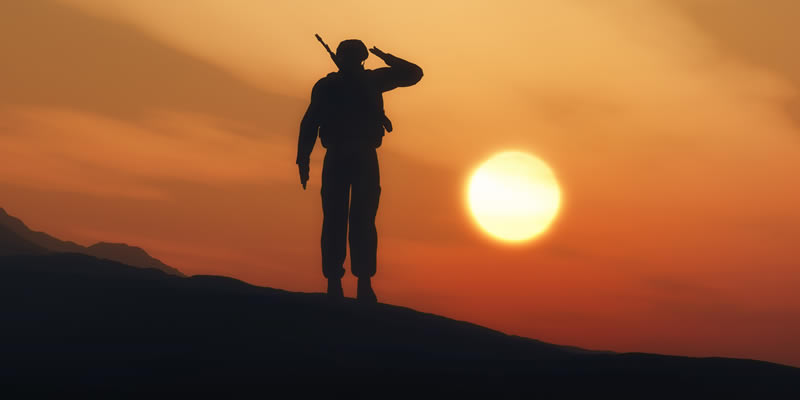 Nothing is more polarizing to a people than the topic of war and the act thereof; particularly after the fact, when the fear has subsided.  Nothing is more unifying to a people than the fervor of a just cause, particularly when the benefits are tangible, less so than the perceived personal losses.  I do not assume to speak for others, as a veteran, my thoughts and opinions belong to me and me alone.  My service was voluntary and because of it my life was enriched and a better person emerged.

I’d like to address 2 topics that come to mind on this Memorial Day.

A day of to remember and honor them, who are they?

They’re the ones that while engaged with the enemy lost their lives in the service to their Country.  Often referred to as the ultimate sacrifice, a phrase I often find interesting at best.  We met our enemies in the field of honor, our aim was to defeat them and advance our democratic principles.  We didn’t face our enemies to sacrifice anything, we meant to be victorious and certainly didn’t plan on losing our lives; yet many did, giving their all during a deadly fight.  They did their best in the line of duty, yet they fell.  Let us not forget.  A day of celebration is fitting; a day of reflection and gratitude for their service and for understanding what their loved ones gave up, so that the rest of us could carry on with our dreams.

This celebration is not intended to be used as a commercialization of a product, event and or any other action that would profit from their experience in the battlefield, so then, to those and for those who aim to use the day to discount their products to reign in customers in order to fill their coffers I say, check yourselves, you’re better than that, or at least you should be.  It is within your power and within your heart to help a veteran.  Do what’s right during Memorial Day and honor the fallen with appreciation and respect.

Rarely a day goes by in which my memories don’t wonder to the days in the battlefield.  One thing is for certain, I remember vividly how I felt the day the enemy attacked our Nation on September 11, 2001; the day they willfully intended to exterminate our way of life.  Do you remember how you felt? I do.  Do you remember the rage?  Were you afraid?

What I remember the most on the ensuing days after the attack on innocent civilians while literally being glued to local and national news was the resolved we had to find those responsible for such cowardly act.  I felt we were unified as a Nation, resolved to right this egregious act.  Our resolve gave way to consent for our leaders to lead us in the pursuit of justice, justice to be found abroad, intended to keep the perpetrators, or the enemy if you would, away from our shores.  We were unified by a just cause.

Today we find ourselves polarized more than ever, a Nation of the left and a Nation of the Right where middle ground is illusive, yet on this day of remembrance it’s our fallen that unify us all.  Such nobility can only be found in the acts of those who serve their Country and those fallen men and women we must vow never to forget.

I’d like to share a poem from a former Marine who in my judgement capture the essence of the moment just right.

He was getting old and paunchy and his hair was falling fast,
And he sat around the Legion, telling stories of the past.
Of a war that he had fought in and the deeds that he had done,
In his exploits with his buddies; they were heroes, every one.

And tho’ sometimes, to his neighbors, his tales became a joke,
All his Legion buddies listened, for they knew whereof he spoke.
But we’ll hear his tales no longer for old Bill has passed away,
And the world’s a little poorer, for a soldier died today.

He will not be mourned by many, just his children and his wife,
For he lived an ordinary and quite uneventful life.
Held a job and raised a family, quietly going his own way,
And the world won’t note his passing, though a soldier died today.

When politicians leave this earth, their bodies lie in state,
While thousands note their passing and proclaim that they were great.
Papers tell their whole life stories, from the time that they were young,
But the passing of a soldier goes unnoticed and unsung.

Is the greatest contribution to the welfare of our land
A guy who breaks his promises and cons his fellow man?
Or the ordinary fellow who, in times of war and strife,
Goes off to serve his Country and offers up his life?

A politician’s stipend and the style in which he lives
Are sometimes disproportionate to the service that he gives.
While the ordinary soldier, who offered up his all,
Is paid off with a medal and perhaps, a pension small.

It’s so easy to forget them for it was so long ago,
That the old Bills of our Country went to battle, but we know
It was not the politicians, with their compromise and ploys,
Who won for us the freedom that our Country now enjoys.

Should you find yourself in danger, with your enemies at hand,
Would you want a politician with his ever-shifting stand?
Or would you prefer a soldier, who has sworn to defend
His home, his kin and Country and would fight until the end?

He was just a common soldier and his ranks are growing thin,
But his presence should remind us we may need his like again.
For when countries are in conflict, then we find the soldier’s part
Is to clean up all the troubles that the politicians start.

If we cannot do him honor while he’s here to hear the praise,
Then at least let’s give him homage at the ending of his days.
Perhaps just a simple headline in a paper that would say,
Our Country is in mourning, for a soldier died today.