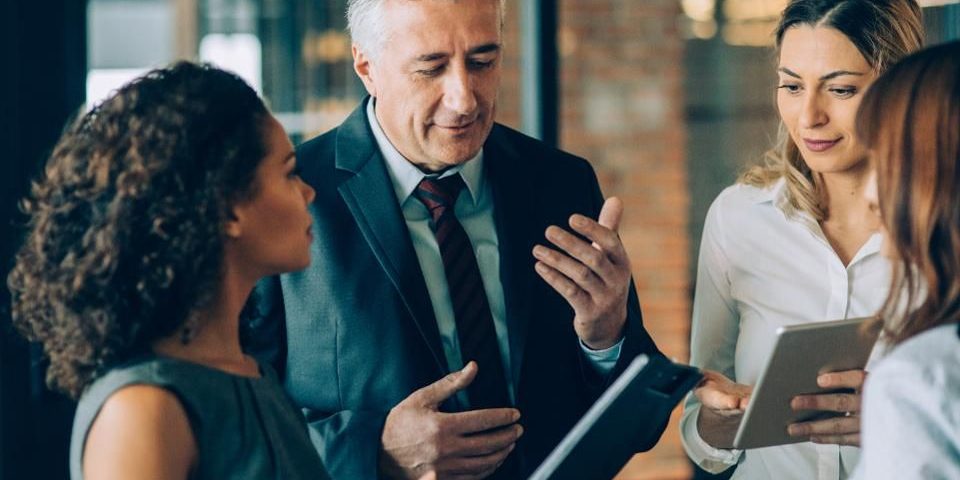 Sometimes it feels like everyone is talking about leadership. The myriad perspectives seem to confuse the topic. Reasons to get into the field of leadership are plentiful, but to me, none is greater than the desire to serve and be part of something larger than the mere existence brought about by daily routines in the pursuit of upward mobility in one’s career.

Leadership is about people, and people are important. As a leader, one must be intentional about one’s actions, simply because leaders play a role in shaping the future of those who are subject to their leadership.

I have developed a habit over time of personally wishing a happy birthday to everyone I know, particularly during the holiday season. You see, I honestly believe that a birthday wish allows one to recognize how special everyone is. So, last year I was happy to wish a happy birthday to a former senior leader in the Army named Robert. He is someone I served with many years ago. I was so proud to hear he had achieved a prestigious position in his career, so it truly made it special for me to reach out and wish him a happy birthday. His response left me speechless and humbled me deeply.

“There are moments in life that can be defined as pivotal when shaping someone’s work ethic and personality,” he wrote to me. “I have been reminiscing and thinking a lot about those incidents in my life and how they helped me or hurt me in becoming who I am today. There is one incident that always sticks out in my mind that I reference for making decisions. I use this incident to help me choose the correct path.”

Robert described a weapons inspection that I oversaw many years ago as his platoon sergeant. “I spent the entire week preparing to the point of perfection, [but] I was wrong,” he wrote. ”You stepped in front of me and repeatedly asked if my equipment was ready, and I continuously answered, ‘yes.’ You would then point out the dirt from places that the sun had never seen.” This went on for a while, he recalled, until “I can remember answering with a bit of defeat by saying, ‘[Heck], I don’t know,’ which caused laughter from people within earshot. I remember the look on your face at that moment. Instead of dismantling my pride […] you turned the experience into a teaching moment and showed me how to correctly care for my equipment. That is what I remember most of that moment. You went from being hardcore to being a teacher.”

While sometimes leadership requires pointed and somewhat forceful, boisterous direction because the situation may demand it, it’s better to lead by demonstrating proficiency and expertise in the subject area in order to gain the respect of the individual or individuals being led. Quiet leadership like this is demonstrated through expert action.

We have all heard this axiom, and for the most part, it is still true. People are always seeing and even judging a leader’s behavior; what they say and do has a lasting impact that shapes how they react to the world around them. I remember being told that “we become them.” Once I understood that I would someday become “them” — those who led me — then my lens widened, and my observations became focused.

If I were to make an impact, then I needed to earn the trust of those I served, and doing so required a level of mastery about the craft that inspired people to learn. Only by doing can this be achieved. The leadership example explained in Hebrews 2:17-18 — where the author reminds us that Jesus became like everyone else to allow for what was to follow and, in doing so, earned the respect of others with his actions — helps as a point of reference for those burdened with leadership.

Quiet Does Not Mean Silent

Being boisterous in your leadership style does not mean your influence is positive or the leadership effective. Quietly going about one’s business and taking the time to help those who need it creates a sound that when heard will resonate forever when done correctly. General John J. Pershing is often quoted as saying, “To get the best out of your men, they must feel that you are their leader and must know that they can depend upon you.”

When people see that you will roll up your sleeves and pitch in, they know that you are able to carry your own load. Sometimes the leader must be heard in order to provide direction, but they must weigh the impact their words will have on others; after all, our leadership may have lifelong effects, and those we lead may come to be just like us.

Continuous improvement is an important tenet for serious leaders, particularly for those of us who believe that leadership is part of a calling that compels us to serve others. So, it is important to remember that self-improvement is tied to self-awareness, the necessity to understand our own behavior, and the need to change when and as necessary. One, however, must be aware that leadership actions are fluid and not static; hence, situations change and often call for a logical adaptation on the part of the leader that focuses on solving a specific problem.

Claude L. Graeff from Illinois State University helps us to think about this in “The Situational Leadership Theory: A Critical View,” addressing the complexities of measuring situational leadership. He cites research “in which the primary situational determinant of leader behavior is the task-relevant maturity of the subordinate(s). Subordinate task-relevant maturity is argued to consist of two factors—job maturity and psychological maturity.” This theory, then, links leadership to subordinates’ ability to respond to that leadership and perform as intended.

Robert finished his note to me like this: “You knew that continuing with the berating would not help anything, so you went a different way. I thank you for that incident. I will never forget it.” His comments remind us that the decisions we make as leaders may affect others for the rest of their lives.