Five Tips Leaders Can Use To Communicate Better 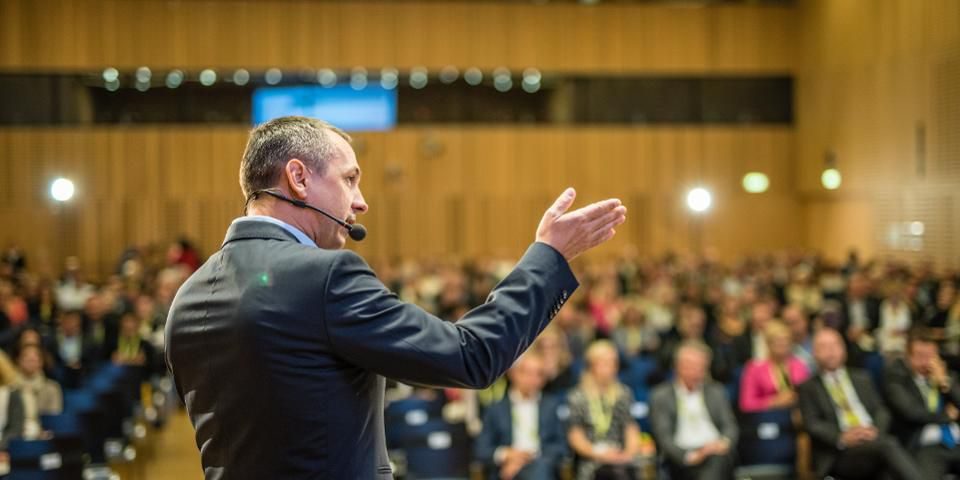 Some years back, we were retained to lead a community and business leadership program. My task was to kick off the week by conducting a leadership workshop. The theme was self-awareness, and I sought to help participants answer one central question: Do I really know myself as a leader? This question probes into the very understanding of how an individual prefers to behave in a natural setting. For the most part, the responses normally drive the axiom, “What you see is what you get.”

Throughout the preparation process, three of us debated how we could fill three to four hours with content that would have the most value to everyone involved. Finally, we settled on a concept speech and a motivational leadership video that delivered a compelling message on the societal level; after all, it was an event attended by business and nonprofit organization leaders.

We were careful to rehearse all the areas of our program to ensure that we were covering the subject areas without controversy. What we didn’t factor in was the impact that the video would have on some of the participants. While the responses were overwhelmingly positive, some people didn’t like its message.

The video showed former President Reagan delivering a speech to the nation during a time of conflict. I then addressed the responsibility that leaders have when it comes to understanding the influences of faith and belief systems and the importance of doing so. The outcome was interesting at best, as some people expressed discomfort at being exposed to politics. The video was the one thing that elicited some unexpected reactions.

I’ve had time to think about that day and firmly respect how some people felt, but leaders are often required to lead people with different points of views. So having the intellectual integrity to address these topics openly and honestly, even if they’re controversial, can be important for relationship building and professional growth. This experience accentuated the importance of mastering communication with others. It’s a skill that must be honed and a challenge that every leader must be prepared to address when the need arises.

For me, the experience above shows that developing an understanding of communication skills isn’t necessarily difficult. Applying those skills appropriately is a different story altogether. Fully understanding each other is a challenge that leaders everywhere face. So having a good grasp of the communication process is a skill that leaders have to develop to ensure that they’re understood when communicating with others. Leaders have to ensure that the message they deliver is the same message that’s received.

Leadership is about people and not necessarily about the leader. Therefore, being understood is essential to effectively communicating with each other and getting the work done. These five communication tips can help you achieve positive results consistently while also demonstrating your authenticity as a leader.

If you want to gain people’s trust, be authentic. Authenticity is often the first step in the right direction to earn trust. While being brutally honest can engender feelings of resentment, you can still be honest about what you think in a tactful way that doesn’t deny people the useful information they deserve.

2. Understand That Leadership Is About People

When interacting with others, we engage in relationship building. In order to build trust, it’s often important to demonstrate some vulnerabilities. Relationships are about both giving and taking from each other, so allowing others to help solve complex problems can build trust between you. The catalyst of this relationship building is the ability to communicate with one another in a way that ensures that everyone is properly understood.

Communicate with clarity. As author and leadership advisor Mike Myattwrote, “Simple and concise is always better than complicated and confusing.” This is the type of skill that leaders need to develop if they want to exceed people’s expectations and establish credible rapports. Clarity is the antidote for ambiguity. When communicating with one another, it’s essential that our message is clear enough to be understood by those we communicate with — this can help build a rapport and eliminate misunderstandings.

When communicating with others, rarely do we focus on leaving something of value behind that people can use for their personal and professional growth. Instead, many people have become accustomed to ambiguous messaging, and they hope that people can take something away from it and learn from it. Good leaders are more intentional about leaving something behind and ensuring that they share something of value without any expectation of reciprocity.

5. Recognize What You Don’t Know

You either know what you’re talking about or you don’t. Don’t fake it. You’ll likely be spotted as a fraud if people sense that you’re making it up as you go. Acknowledging that you don’t know something can go a long way when communicating with others, as it allows you to present yourself as an authentic leader who’s willing to learn and grow.

The most important lesson I continue to learn is that communicating with others is one of the most difficult things leaders do every single day, particularly when engaging with a diverse culture in which values and beliefs fluctuate in different directions. Mastering communication can take leaders of every level of experience on a journey of success and satisfaction that allows for the accomplishment of individual and organizational goals.